The results speak for themselves.

Before & After Yun Nam

Hair doesn’t just function as an insulator to prevent your head from freezing. It is the evidence of youth, confidence, health, beauty and character of its keeper. Here are just some of the numerous success stories of hair loss victors who have managed to reclaim the virtue they have once lost.

Yun Nam has successfully solved my oily scalp problem. After a few months of treatments, I have fuller hair and greater confidence.

My dandruff woes are now history thanks to Yun Nam. Yun Nam’s customised treatments have strengthened my scalp. With a healthy scalp, I feel fresher and my hair looks beautiful.

I am so glad that I now look my age and sometimes even younger after receiving Yun Nam’s effective treatments for a period of time.

I wish to encourage young women to take immediate action towards hair loss symptoms because hair loss can strike at any age. Thanks to Yun Nam, I no longer have hair concerns.

I no longer have to avoid gatherings to avoid getting talked about my hair. Yun Nam is one of the best decisions I’ve ever made! My hair has been growing naturally as I receive treatments.

I have tried everything but nothing works. I was convinced by the results of Yun Nam’s treatments and decided to give it a try. In just a few months, I regain healthier and fuller hair.. 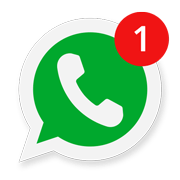